Now to introduce some detail.  The initial painting has given me the essential painting, and it is possible to leave it at that.  That feels like the easy way out – insufficient rigour.  Right now, I want tidy up and tighten up, do justice to the huge impression this enormous red desert made on me.  This scene, so near the hotel in Uluru, has far more vegetation in it than we saw on the journey to Darwin,  most of it grey-green or straw in hue. 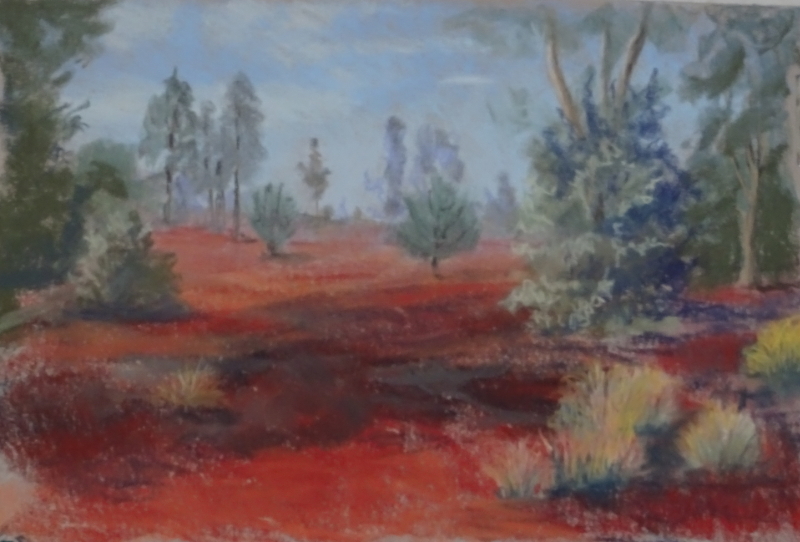 The air is clear so the distant trees look nearer than they truly are.   The option of a pale grey-green to distance them was ineffective as similar tones on the lit side on nearer trees confused the eye.  I tried mauve but that was too pale, so I darkened them with the very lightest touch of umber.

I have also ironed out some of the “hills” that had appeared in the background, while the left hand side of the painting is showing the trees and the rough, grass-like tufts in more detail .  These last sprinkle the desert so that it is scrub rather than sandy desert.  The bushes in the middle distance really are that strange shape, but not as flat as they appear here.

More to do as there are some light tonal values in the wrong place.  In fact I never know when the painting is finished until I get there!